Star TVs is one of the most-watched television entertainment channels in India which include Star Sports, Star Plus, Star World, Star Movies, etc. As they never fail to entertain on TV they don’t fail on the internet too. Hotstar is becoming a rising website and entertainment app among Indian people.

Similarly, the Star Panel now Telly Pulse is the only online entertainment research panel in India currently owned by an entertainment network itself. They made lots of research on entertainment and advertising, also they will in the future.

Become part of Telly Pulse answer surveys which are mostly related to Indian entertainment and sports. Earn money by completing those surveys and redeem the money for gift cards of favorite Indian brands and online shopping companies.

Star panel now Telly Pulse allows people only from India to participate in their research and they pay gift vouchers for doing so. The surveys will be mostly about IPL, the world cup, advertisements, apps, etc.

The best thing about Telly Pulse is you will be never screened out of a survey unless you answer some rubbish. That you will be rewarded 100% for every survey you participate in and not like other survey panels where you will be disqualified after answering 3 to 5 questions.

How to Earn Money on Telly Pulse:

You can not directly participate in surveys from the time of registration. Anyhow you can check your dashboard to find if any survey invitations are available. If so, click take a survey to earn money answering surveys. 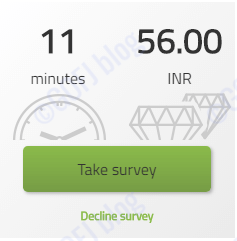 While Telly Pulse is not the top survey site, the Telly Pulse surveys are high-paying surveys when compared to most of the top panels like Toluna, OpinionWorld, and Swagbucks.

There is nothing to do with the webpage. You can only update your profile, check your earnings and redeem on the website.

To participate in the survey just click Go the survey. Then the survey engine will load and you can start answering surveys. 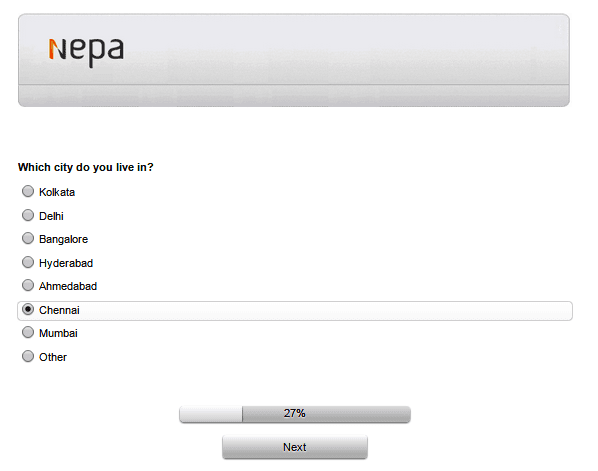 Star panel surveys will be pretty simple, interesting, and short that they can be completed within countable minutes. 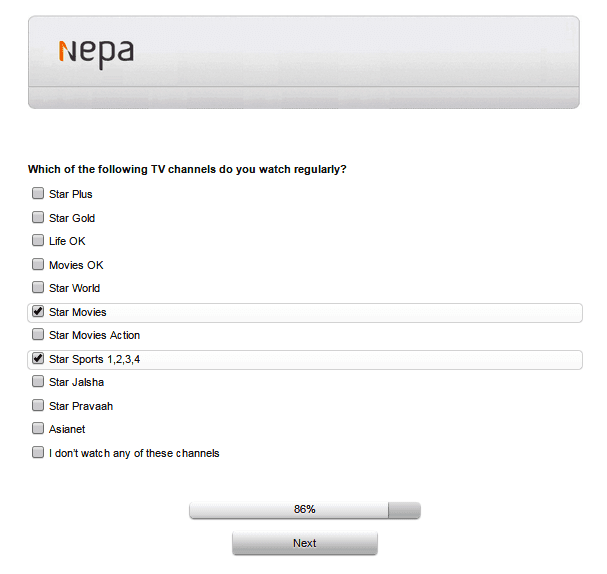 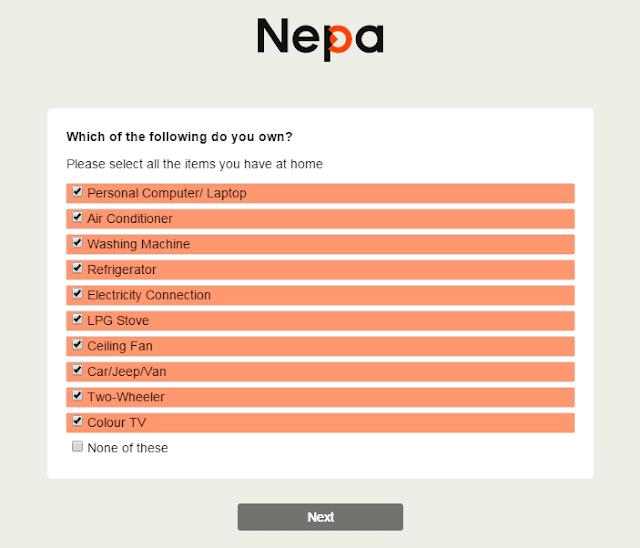 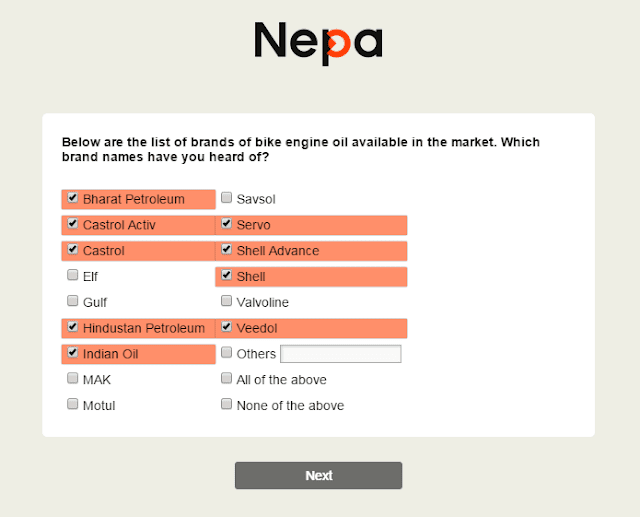 A Telly Pulse Survey Regarding Hotstar – Illustrates the simplest survey: 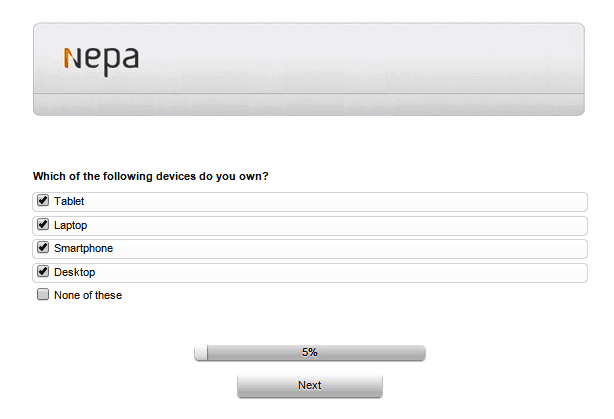 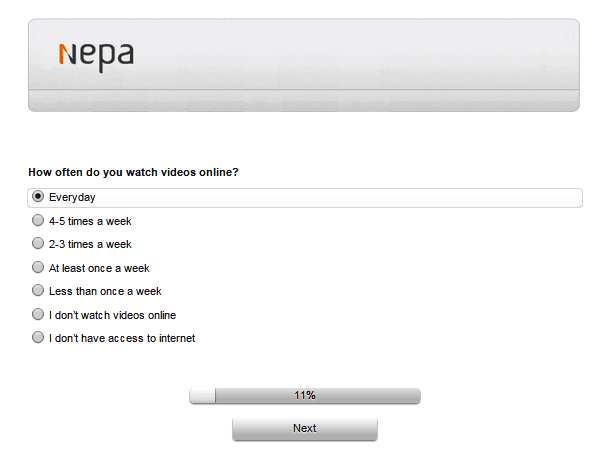 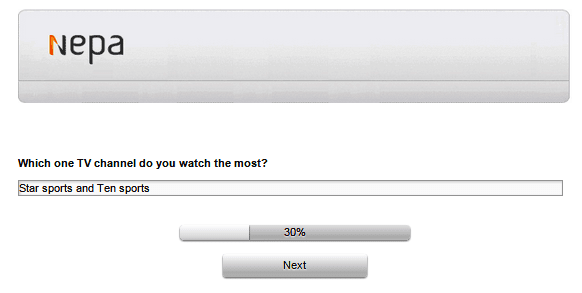 Star panel doesn’t reward cash for completing surveys instead they pay you with e-gift vouchers from Flipkart and Big cinemas.

Once you acquire 105 INR / 525 INR you can redeem your points to the e-gift voucher of Flipkart. You can use this voucher to purchase anything online on Flipkart.

In the case of BigCinemas, you can redeem your points once your account reaches 100 INR. You can use this to book cinema tickets for free.

Gift vouchers are not physical and they are sent through e-mail. Never miss them on junk folders.

Here is the payment proof of the Telly Pulse Flipkart Gift card to prove its legitimate survey site in India. 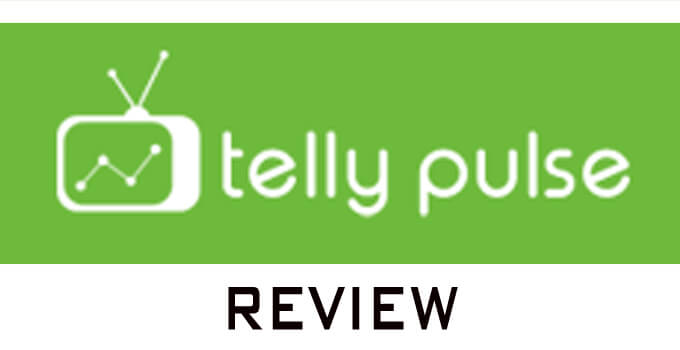 I’ve been part of Star Panel before getting rebranded to Telly Pulse. Let me tell you the difference between the two,

To be true there are no major changes found between the Telly Pulse Panel and the Star Panel.

They mostly deal with surveys that research the reach of the entertainment products on Star including the TV channels, Mobile Apps, and Websites.

Whenever Star Sports is going to launch sports even like ISL, IPL, Pro Kabbadi, or other Star channels hosts new series like Big Boss, they will conduct the surveys to find the reach of their program among the audience.

With some in-depth info regarding the events like hosting channels, partners, sponsors, commence date, participants info, team info, etc. the surveys are usually completed within a few minutes by paying Indian Rupee equivalent to a dollar. This is the highest pay for such an easy survey.

Usually, the third-party sites would pay not more than $0.30 for such surveys.

While even the payment options remain the same, the major difference between Telly Pulse and Star Panel is that TellyPulse sends surveys of other categories like Bikes, Finance, etc.

Such surveys are found in survey panels by default. Telly Pulse now started to work on paid surveys of other categories without limiting its functionality with Star Sports surveys like the Star Panel.

In the end, there is no major difference between the Start Panel and its predecessor Telly Pulse. It’s a good option for students to earn pocket money and housewives to earn for groceries.

Things to Remember about Telly Pulse:

Telly Pulse is 100% genuine. Enjoy taking the easiest surveys in the entertainment category and earn money on mobile phones and other internet-connected devices.